How You Can Help The Uyghur People 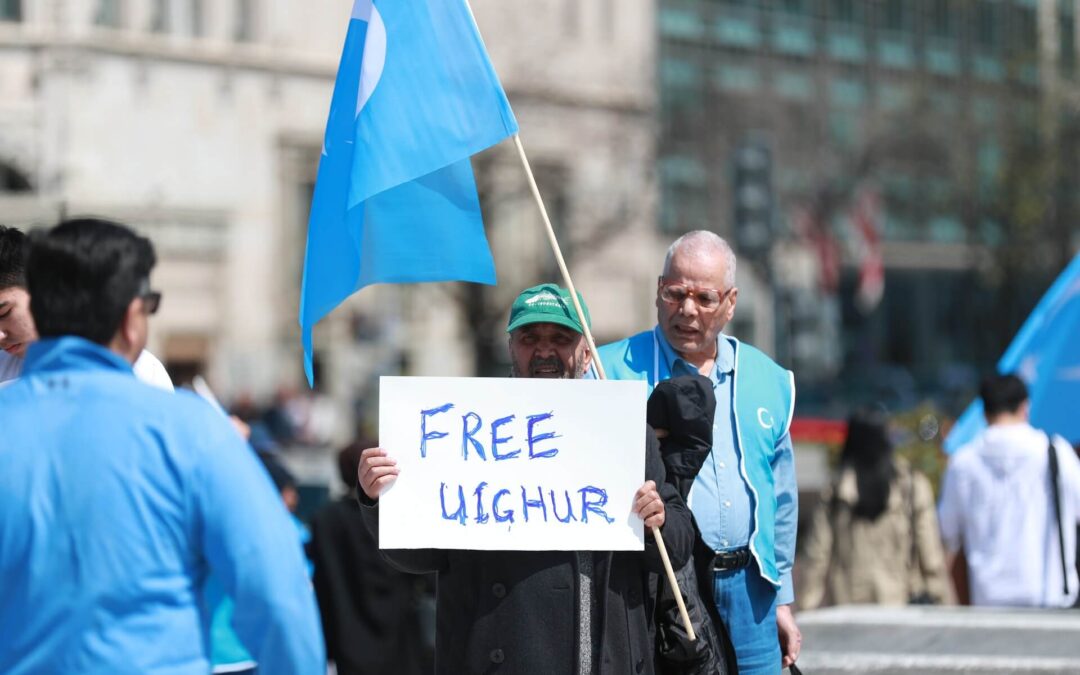 Do you know what’s been happening to the Uyghur people in China?

Uyghurs are ethnically and culturally Turkic people. They live in the area of Central Asia commonly known as East Turkistan. East Turkistan has effectively been occupied by China since 1949.

The Chinese government has been oppressing the Uyghur people for decades.

Uyghurs are moderate Muslims who lead predominantly secular lives. The Chinese government claims its policies are designed to tackle extremism and terrorism. But in reality they are out to destroy the Uyghur people’s culture and religion.

Since 2017, things have escalated. The Chinese government has been detaining Uyghurs and other Muslims in so-called “education and training centres”. These are in fact concentration camps.

This has been widely reported (see for example by The Independent, The Guardian and The New York Times). But the international response has been paltry.

This is part of a brutal campaign of repression of Turkic ethnic minorities. It’s the largest arbitrary detention of ethnic and religious minorities since the second world war.

Human rights abuses are taking place on a massive scale.

Have you ever wondered how people could have stood by and done nothing during the holocaust?

Please use your voice now to help stop this atrocity.

What You Can Do To Help The Uyghur People

It’s natural to feel powerless about the actions of faraway governments. But we can use our voices.

Please contact your elected representative. In the UK you can do this easily using WriteToThem. In the US you can contact your senator or member of congress. Here is a sample letter from the World Uyghur Congress.

Boycott brands that use materials and products produced using forced labour. You can also contact multiple fashion brands at once through Freedom United.

Please offer financial support where you can. You can donate to the Uyghur Human Rights Project, or help Uyghur Refugees who have fled to Turkey through Penny Appeal and/or One Nation.

Please help to spread awareness of this situation. We can all help the Uyghur people by speaking up in person and online, and sharing articles and social media posts. Most of all, we must put pressure on our elected representatives. Please contact yours today.

We use cookies on our website to give you the most relevant experience by remembering your preferences and repeat visits. By clicking “Accept All”, you consent to the use of ALL the cookies. However, you may visit "Cookie Settings" to provide a controlled consent.
Cookie SettingsAccept All
Manage consent

This website uses cookies to improve your experience while you navigate through the website. Out of these cookies, the cookies that are categorized as necessary are stored on your browser as they are essential for the working of basic functionalities of the website. We also use third-party cookies that help us analyze and understand how you use this website. These cookies will be stored in your browser only with your consent. You also have the option to opt-out of these cookies. But opting out of some of these cookies may have an effect on your browsing experience.
Necessary Always Enabled
Necessary cookies are absolutely essential for the website to function properly. This category only includes cookies that ensures basic functionalities and security features of the website. These cookies do not store any personal information.
Non-necessary
Any cookies that may not be particularly necessary for the website to function and is used specifically to collect user personal data via analytics, ads, other embedded contents are termed as non-necessary cookies. It is mandatory to procure user consent prior to running these cookies on your website.
SAVE & ACCEPT